How Does Samsung Pay Work [The Ultimate Guide]

Samsung Pay is a great way to make purchases on the go.

The whole process only takes a few seconds, and you don’t have to worry about carrying around cash or cards!

If you are not familiar with how it works, don’t worry because we’ve got you covered!

We wrote an extensive tutorial that explains everything from setting up your card information to using Samsung Pay at checkout.

Read below for more information!

What exactly is Samsung Pay?

It’s a mobile payment system that allows you to pay using your smartphone at retail stores all over the world.

In this day and age, people virtually always have their smartphones in their hands, thus Samsung Pay allows them to leave their plastic cards at home and use their phones to make payments as well.

How Does Samsung Pay Work?

It is a platform for Samsung devices (smartphones and wearables) that allows you to pay for items and services by tapping your device near a contactless payment terminal or authorizing an online payment rather than using cash or credit cards.

Everything you need to know is right here, including which banks are supported and how it works.

What exactly is Samsung Pay? Explanation in Depth

Samsung Pay is a mobile payments platform that comes standard with high-end and mid-range Samsung phones, allowing you to accept credit card payments using your smartphone.

After being accessible in early access for three weeks, it officially launched in South Africa on August 21st, with Absa and Standard Bank as launch partners.

When Samsung purchased LoopPay, a startup from Massachusetts in the United States, the foundation for the technology that is Samsung Pay was created.

This is known as Magnetic Secure Transmission (MST) by Samsung, and it works by creating a magnetic field that simulates the swipe of a bank card on a payment terminal.

A smartphone must have special hardware built in to create the magnetic field in order to support MST.

It should be noted that, where accessible, Samsung Pay also makes use of standard NFC contactless technology.

The presence of MST, on the other hand, implies that the app operates when a card terminal lacks a contactless reader or its reader is disabled.

This means that Samsung Pay may be used at almost every payment terminal, and customers can go out with confidence knowing that the technology is enabled in South Africa.

What do I need in order to use Samsung Pay?

Devices from Samsung’s Galaxy line, which includes smartphones and wearables, are pre-installed with the Samsung Pay platform. The complete list of compatible devices can be seen at the bottom of this page.

It is required that you first download and install the Samsung Pay software on your compatible phone, then register any suitable cards or accounts with the platform, after which the platform will take funds directly from your chosen sources when you make a payment.

To begin, a user scans their bank card or enters their information manually into the Samsung Pay app, and a digital version of that card is created and stored on their smartphone.

This digital token has its own card number and may be used to make payments much like a physical card, with all transactions secured by a PIN or biometric security.

Samsung Pay is currently supported by the following devices:

Is Samsung Pay a safe way to pay?

As a result, because it does not save the real card number, Samsung Pay is more secure than using a traditional credit card.

To put it another way, rather than the actual card number, Samsung Pay stores an encrypted version of the card number that is sent to payment terminals.

It’s a virtual number in the sense that the original card number isn’t stored on your phone or computer.

Don’t worry, though: this does not imply that you must set a separate PIN for the card on your phone.

When you use Samsung Pay, your card’s normal PIN is used, ensuring that your payment is secure and that you don’t have to memorize any additional numbers.

Furthermore, before you can use Samsung Pay to make a payment, you must first authenticate yourself on your phone via the Samsung Pay app.

You can authenticate on devices with an iris scanner by using the fingerprint sensor, entering the device PIN, or using the iris scanner.

What financial institutions are compatible with Samsung Pay?

Here are a few examples of banks and services that are compatible with Samsung Pay in the United States:

Here are a few examples of banks and services that are compatible with Samsung Pay in the United Kingdom:

When it comes to Samsung Pay, what are the payment limits?

In contrast to contactless cards, which have a fixed £45 maximum per transaction, Samsung’s payment limits are determined by the bank or vendor, not by the company.

As a result, payment limits vary from region to region.

In general, though, you will not be confined to a set amount in the United Kingdom, just as you are not with Apple Pay in the United States.

Is Samsung Pay a free service?

Absolutely. Samsung Pay is not only free, but it also provides you with reward points when you use Samsung Pay to complete purchases with your phone.

Afterward, these points can be exchanged for a variety of different things at a number of Samsung Pay’s official retail partners.

Apart from that, Samsung and its banking partners offer a number of discounts on a regular basis.

These can range from cashback on all purchases to bonus reward points that are in addition to the reward points you would receive from your bank instead of using the Samsung Pay mobile wallet, you can use a real card.

Recommended:  What is Samsung Social Hub?

What is the process for adding my Chase cards to Samsung Pay?

3. To begin the process of adding your card to the Samsung Pay app, once you have logged in, select ADD CARD from the menu bar.

5. Confirm or enter any other information, such as the cardholder’s name, expiration date, and security code, if applicable (CVV).

6. Accept the Terms and Conditions for adding a card to a digital wallet by selecting AGREE TO ALL on the Add Card to Digital Wallet screen.

7. If you are given the option of getting your One Time Passcode through SMS, email, or CALL IN, you should choose that option.

8. The One-Time Passcode will be delivered to the address that was specified in step 8. To submit your entry, enter the code you received and press SUBMIT.

9. Once you’ve finished, your card will be ready to be used in Samsung Pay.

How can I make a payment with Samsung Pay?

After you’ve registered your qualified Chase card with Samsung Pay, you can access your Favorite Cards by sliding up from the bottom of your screen on your Samsung device.

The card that has been added or used the most recently is displayed.

Swipe left or right to go through the list of payment cards that have been registered.

When you have the desired card selected, press and hold the Home button on your touchscreen.

To use your Samsung Pay PIN, press and hold the PIN button. Then you’ll need to enter your four-digit PIN.

When you are ready to make a payment, Samsung Pay will notify you that you have done so.

In the case of NFC payments

In the case of MST payments

Using Samsung Pay on the Gear S3 is a simple process.

To launch Samsung Pay on your Gear S3, simply press and hold the back key for a few seconds.

To select a card, rotate the bezel around.

Pay using your finger at any NFC or MST terminal.

Fill out the payment terminal form if necessary to complete the transaction.

In some cases, such as if you are paying with a debit card, you will still be needed to submit your Personal Identification Number (PIN).

You may be prompted by some merchants/terminals to confirm that the total charges are right, while others will require you to sign a receipt.

Overall, it’s simple for any OEM to enable mobile payments via NFC, but in the case of Samsung, the company’s unconventional approach works well for the most part.

Recommended:  How to Turn on Samsung Watch?

Yes, there are teething problems, and the list of supported banks should be increased, but while the competition requires new hardware, Samsung Pay’s support for MST means it is accepted in a considerably broader range of businesses.

What are your thoughts on Samsung Pay, and do you use it on your Samsung phone?

Do you utilize Android Pay or other mobile payment options, and if so, which ones?

Guys, please share your thoughts in the comments section below!

What exactly is tokenization?

Tokenization is a way of safeguarding payment card information by replacing the card number with a unique alphanumeric identity created by proprietary methods.

The unique identifier, or token, is then used to submit the transaction to the payment network associated with the card, where it is decrypted and the transaction is authorized.

The actual card number is kept secure (with the payment processor or bank) and is not saved on the merchant’s or Samsung’s servers.

Tokenization is used to mitigate the security risks associated with the collecting and transmission of highly sensitive data between merchants and the card’s payment network.

Tokenized data is not theoretically reversible and is therefore useless unless you have the original key used to generate the token, reducing the possibility of your payment information being stolen or compromised.

The transaction is seamless and does not necessitate any adjustments on the part of either the merchant or the consumer.

Is it possible for non-Samsung users to utilize Samsung Pay?

Samsung Pay is only available to individuals who own a compatible Samsung handset. Non-Samsung users can get gift cards with Samsung Pay.

To make contactless payments, both Apple Pay and Android Pay use Near Field Communication (NFC) technology.

Samsung Pay, on the other hand, employs both NFC and Magnetic Secure Transmission (MST) technology, allowing it to be compatible with practically all current payment terminals. Software updates may be required for some payment terminals.

Hi, I'm Khelly! Your random Island Girl! Life is complicated so, finding solution to your tech problems shouldn't be. Let me help you with that!????

What is Samsung Flow? [Answered]

Have you ever wanted your phone to automatically unlock when you’re near it? Well, with Samsung Flow, that’s possible. Samsung Flow is a new feature… Read More »What is Samsung Flow? [Answered]

So you have got yourself a Samsung phone and now it is time to unlock the bootloader! You might be thinking that unlocking the bootloader… Read More »How To Unlock Bootloader Samsung?Must-Read Guide [4 Stages] 

What is Samsung Internet? [Answered!!]

A simple, quick, and dependable web browser for your phone or tablet, the Samsung Internet app is available for both Android and iOS devices. Samsung… Read More »What is Samsung Internet? [Answered!!]

previousWhere are Samsung Phones Made? [The Truth About This!]
nextHow To Unlock Bootloader Samsung?Must-Read Guide [4 Stages]  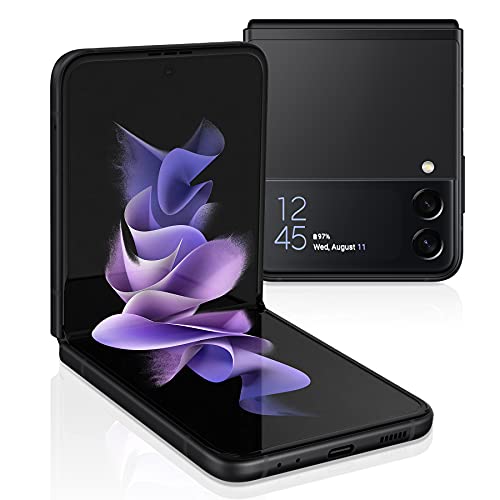 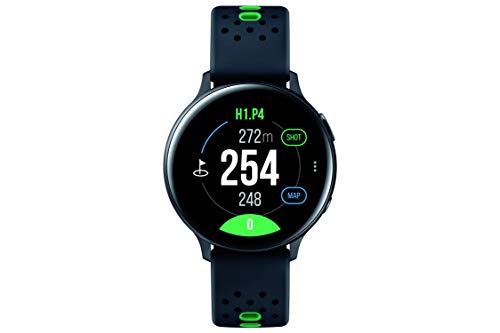 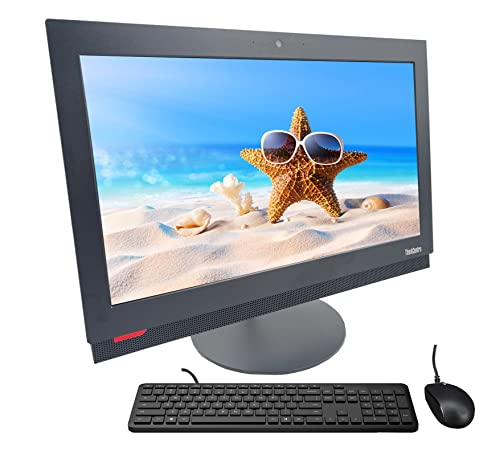 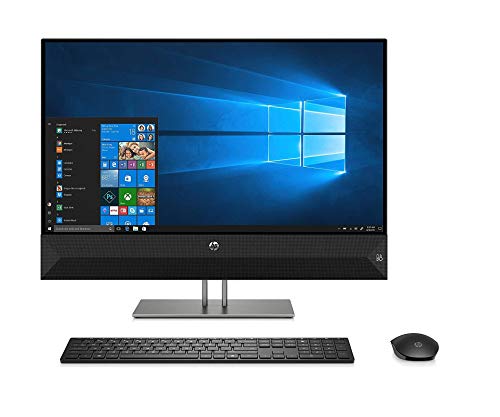 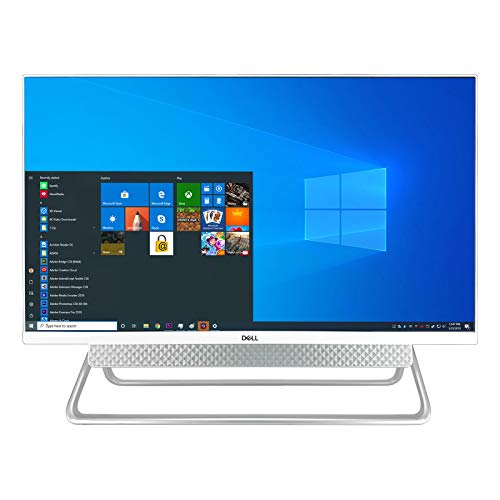