How to Find Samsung TV Model? [The Fun in Decoding it]

You’ve spent a long time looking for the ideal smart TV and have finally narrowed your options down to Samsung after much deliberation.

It must be mentioned that this is an excellent pick, given how well Samsung Smart TVs appear to perform for the ordinary home viewer.

However, despite all of the positive aspects of it, there are still certain concerns that are bothering you.

Connecting Samsung TVs to soundbars, for example, is famously difficult due to the nature of the technology.

Alternatively, it’s possible that there is an underlying software problem that you are unable to resolve.

Whatever the problem, if it is significant enough, you will almost certainly require the Samsung model numbers of your television in order to resolve it.

The Evolution of Samsung TVs

Samsung’s first monochrome television was introduced to the market in 1970 for Korean market.

However, until the company introduced the world’s first flat television in 1998, its televisions failed to make a significant impact on the global market.

From 2008 to 2016, Samsung primarily focused on the production of LCD, DLP, Plasma, and LED televisions.

In 2006, Samsung introduced the Bordeaux TV, which had an LCD panel.

After two years, the business introduced the world’s first edge-lit television, which was followed by a line of LED televisions in 2009.

Afterward, in 2011, the firm created the world’s first Smart TV, which could connect to both wired and wireless networks and allow consumers to interact with the television.

That was a fantastic piece of history!

What Is the Purpose of Samsung Model Numbers?

It is a unique model number assigned by the manufacturer (such as Samsung TVs) to aid in the identification of a certain device or piece of equipment.

The model code for your television, on the other hand, is not unique to it.

It provides the manufacturer with information such as the location of the device‘s manufacture, the year it was manufactured, and so on.

You can determine the Samsung serial number and model code on your television by using the menu system or by looking at the label on the back of the television.

There are two methods for determining the model number of your Samsung television.

If your television is not a smart model, you can discover the model number on the back of the television.

This is especially true for older television sets.

When it comes to smart TVs, you may obtain the model code by using the Samsung TV’s own software.

But first, let’s take a look at how to locate the model number on television.

Using the built-in software on a Samsung smart TV, you may determine the model number of one of the company’s more recent models.

Recommended:  Samsung Phone Warranty: [Everything You need to Know](2022)

1. To access the Smart Hub, press the Home button on your Smart Samsung TV’s remote control.

Then, using the directional pad on the remote, navigate to the Settings menu [at the bottom left corner].

2. Select Support by pressing the directional pad on the remote control.

3. Select About This Samsung Smart TVs by pressing the directional pad on the remote control.

Please keep in mind that on some Samsung TVs, you may need to select Contact Samsung rather than About This TV.

4. The model code and the serial number of your television will be displayed on the screen.

Samsung TVs that are more than a Decade Old

For older models, turn the television over and look at the back for the model code and serial number.

In most cases, it is printed on a small sticker that is placed next to the other characteristics of the television.

Model code and serial number are written on top of each other in capital letters.

Neither of these numbers is a single number but rather a combination of letters and digits.

We’ll go into more detail about what they signify for Samsung televisions later in this article.

Samsung TVs from 2017 and Below

Hopefully, you’ve been able to determine your model number.

Some of you may have been astonished to hear that it had more than ten characters in total.

Don’t be concerned; they all make great sense because they each provide an important piece of information.

There is a tiny discrepancy between the numbering models used prior to 2017 and those used after 2017.

Although you may be confident that your television was manufactured in 2017 or later, you should read the remainder of this section before moving on to the next.

[The first ten characters of the model number provide the same information as before.]

1. U: The product ID for different TV types is represented by the first character of the model number of a Samsung television released between 2008 and 2016.

2. N: The country or location in which the Samsung television was manufactured is represented.

3. 55: The third and fourth numeric values of your model number indicate the size of your television’s screen. If the number is 55, it indicates that the television has a 55-inch display.

4. K: The fifth character of your model number represents the code for the year in which your television was manufactured.

It might be either of the following, depending on the year it was released.

5. U: The sixth character on your TV’s screen (resolution) defines the type of screen it has.

UHD- is abbreviated as U.

SUHD- is abbreviated as S.

6. 6: The Series Number of a Samsung television is represented by the seventh character in the model number. It’s not something that we, as users, are concerned with at all.

7. 3: The eighth character in the model code of a Samsung television series represents the numbering for the series’ model code.

8. 00: Samsung uses the number 00 to designate televisions having a flat panel.

9. F: The eleventh and last character on your Samsung TV’s serial number indicates the type of tuner that is being used.

Your Samsung TVs, like other modern televisions, are equipped with a built-in television tuner.

10. Depending on the geo-location where the television is intended to be used, manufacturers employ different TV tuners on their products.

When we look at the way QLED televisions are marked, we can see that the model number has been supplemented with the generation model identifier of the television model.

In practice, it is rarely employed, but it does occur occasionally, particularly in transitional television models.

In addition, a character for 8K resolution televisions has been introduced.

1.  QN65Q – everything is obvious here; this is the quantum dot TV type. The diagonal size is 65 inches, and Q indicates that the TV has a quantum dot screen.

2. There were variations of televisions in the series, and the model number can be identified by two or three digits, 900.

The Q90R and Q95R televisions are assembled in Europe. Modifications were also seen in other series.

Three digits are emphasized for TVs with an 8K resolution. This differs between televisions with 4K and 8K resolutions

3. The distinction between curved and flat screens is no longer relevant.

It’s possible that Samsung will stop making curved TVs in the near future.

4. R: stands for the year of development as it does for other TV models.

Recommended:  Samsung Premium Care: #1 in Everything you Need to Know Guide

What is the best way to determine the model of a Samsung television?

Samsung occasionally makes it easy to check the serial number of television on their website.

However, due to the high number of TVs produced and the requirement to keep the database up to date at all times, this option is only available for a limited time.

As a result, we urge that you double-check the model number.

To do so, look at the model year of your television.

Look at the TV’s production date.

It’s Possible to Have Fun While Decoding!

We hope you were successful in determining the model and year of your Samsung TV, and, perhaps more importantly, that you had fun while doing so.

Was it surprising to learn that all of these facts can be gleaned from your TV’s model number?

Please feel free to leave your thoughts in the comments section below!

How do I figure out what brand and model my television is?

Your television’s model name, serial number, and software version can be discovered in the following places:

How can I find out what my TV’s specifications are?

Specifications for your television:

Dimensions, weight, and power usage are all basic information.

1. On the remote control, press the HOME button.

2. Make a selection of options.

3. In the TV category, select Apps.

4. Check Apps that have been downloaded or apps that are part of the operating system

What is the difference between the model numbers of Samsung televisions?

The number 95 denotes the model series.

The greater the number, the more expensive the television is likely to be.

What is Samsung Health? [Full-Guide]

Samsung Health provides users with a comprehensive picture of their health. Samsung’s fitness application allows you to create goals, view statistics, measure steps, and do… Read More »What is Samsung Health? [Full-Guide]

To get the most out of your new Samsung TV, you’ll need to figure out which smart TV apps are best for you and your… Read More »Best Samsung Smart Tv App [Must-Read]

What is Samsung notes? [Full-Explanation]

Do you like taking notes? I bet you do. But what if your phone falls in the water, or you lose it? That’s where Samsung… Read More »What is Samsung notes? [Full-Explanation] 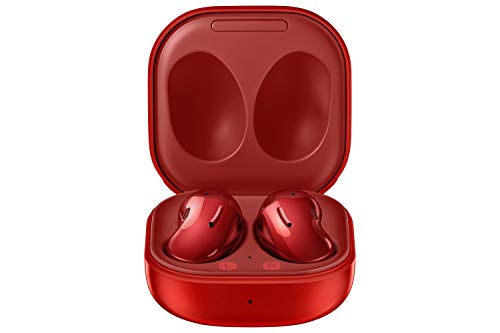