Where Are Samsung TVs Made? Without a doubt, Samsung is one of the most well-known brands on the planet. The company has created a plethora of innovative products that have wowed customers.

Despite having a large consumer base, many people are unaware of where their televisions are manufactured or where the company is headquartered.

But don’t worry, our electronics experts will answer all of your brand-related questions, including production.

WHERE ARE SAMSUNG TVS MANUFACTURED?

“Where are Samsung televisions manufactured?” ” is a typical question you should expect from most newcomers who haven’t used a Samsung TV. Although Samsung is a Korean company, their TVs are manufactured in assembly plants in Vietnam, Slovakia, Mexico, Russia, and Korea. The screens are made in Korea, while the accessories are made in Vietnam and Korea before being shipped to the other countries for final assembly.

Samsung also provides an outsourcing program in which third-party companies in other countries assemble components from Vietnam and Korea and package them as televisions. Following that, the televisions are distributed to various retailers. To reduce logistics costs, Samsung established these assembly plants in other countries.

Samsung Crystal UHD vs QLED? (Which Is Worth It?)

Where Are Samsung TVs Made?

These are the countries where Samsung TVs are made – The end product is TV, which is manufactured all over the world. Samsung televisions are made at Samsung factories plants in Slovenia, Hungary, Romania, Korea, Russia, China, Mexico, Malaysia, Vietnam, Brazil, India, Thailand, Vietnam, Europe, South America, and USA.

Where are Samsung Phones Made? (The Truth)

IIn China, Samsung collects TVs in the city of Tianjin. 90% of the produced televisions enter the Chinese market, the rest of the televisions are exported mainly to Mongolia and nearby countries. But recently Samsung is considering the option of stopping television production in China. The growth of staff salaries makes production unprofitable. It is more profitable to produce televisions in Thailand or Vietnam.

In Mexico, the Samsung TV factory is located in Tijuana. This factory produces televisions and screens for the Americas. The capacity of the plant allows it to produce approximately 18 million devices per year. In 2017-2018, reports surfaced about a possible transfer of the plant due to a possible increase in US taxes. However, because the plant manufactures televisions for the entire American continent, the rumors of the plant’s closure were not confirmed. Only devices shipped from South Korea were taxed in the United States. The plant continues to operate.

Jasfensaru is the location of the Samsung TV factory in Hungary. This factory manufactures televisions for the European market. The plant’s capacity allows it to assemble approximately 8 million devices per year.

Samsung used to have two factories in Slovakia, one in Voderady that produced components that were delivered to the factory in Galant. The Voderad factory was closed and merged with the Galant factory. This factory produces televisions that are shipped to Europe.

Samsung now manufactures components in Romania, previously in small quantities. In Romania, monitors with tuners and some TV models were assembled. But that was between 2012 and 2015, when there was the greatest demand for new televisions.

These are the TVs they make in these places:

WHERE IS SAMSUNG BASED?

Samsung is a South Korean corporation. The electronics company is headquartered in Suwon and is privately held. With a market capitalization of $520 billion, Samsung is the world’s largest manufacturer of mobile phones and the 12th largest company in the world.

Samsung Factories Throughout the World

Samsung has approximately 70 factories spread across the globe. Tijuana is the location of the Samsung TV assembly plant in Mexico. This facility produces televisions for the continents of South America and North America. The Hungarian plant is located in Jasfensaru and produces a significant amount of TVs used in Europe.

Galant is the location of Samsung’s TV factory in Slovakia. The factory will work alongside the one in Jasfensaru to produce televisions for the European market. In Vietnam, Samsung established eight mass-production factories in Thayinguen. The reason for this is that Samsung benefited from cheap labor and flexible government policies.

Several Vietnamese TV factories supply other Asian countries such as China, India, and Malaysia. Samsung used to have TV factories in India and Malaysia, but both have since shut down. The Russian factory in Kaluga primarily supplies TVs to countries in Eastern Europe.

It is critical that you understand the distinction between a factory and a store. A factory is primarily used for product production and assembly. A store, on the other hand, displays products made and assembled in factories. Samsung operates major retail outlets in Korea, Canada, India, and the United States.

In Korea, Samsung has several experience stores where customers can buy products such as TVs, refrigerators, and so on. It has stores in Toronto, Edmonton, Vancouver, and Montreal in Canada. Samsung has four stores in the United States: Houston, Los Angeles, New York, and San Francisco [1].

Samsung currently produces one of the most distinctive TV designs. Samsung holds its own fairly well in terms of wall-mount, stand, and standalone designs. While our technical experts appreciate the design and high-quality specifications incorporated into these products, some consumers will find their prices to be exorbitant, but that is the price you pay for quality.

However, you should be aware that the current designs of Samsung TVs and other products did not emerge from nowhere. There was a lot of planning that went into making the recent designs a success. Although the company (formerly Samsung Electric Industries) was founded in 1969, it wasn’t until the 1990s that it began making plans to change the design of its products.

By 1996, then-Chairman Lee had launched a design program with the goal of creating Samsung’s primary asset. The program sparked a revolution, giving birth to the subsequent innovative designs we’ve come to know. The company employs over 1,600 full-time designers, with over 900 working in the Seoul design center.

After two years, Samsung changed its design. In the first year, it tests new designs based on current trends, then works on the chosen model, which is used to launch their next line of products.

Samsung televisions are well-known in many countries due to their durability and advanced features. As a result, it is regarded as one of the most trustworthy brands on the market. It is now better known for its QLED technology. It is a display feature that provides more and brighter colors. Something that other TV displays lack.

Aside from that, the majority of the latest Samsung TVs have a 4k or UHD resolution display. Providing users with more realistic and textured images. If you enjoy watching movies or playing video games, a Samsung TV is an excellent choice.

Several of its models have a “smart” function. And so, you can use your TV for many other things. About its durability, a Samsung TV can last up to 4 to 7 years. That’s if you’re a heavy user. If not, then expect it to last even longer.

Recommended:  How To Connect Samsung Tablets To TV? [2 Easy Methods]

HOW LONG WILL A SAMSUNG TV LAST?

When compared to other popular TV brands on the market today, Samsung has one of the best reputations for dependability, durability, and longevity.

Your Samsung TV should last between 7 and 10 years, assuming constant use, which means it is always turned on and at maximum brightness. Most users do not leave their television on all the time, so we can assume it will last much longer if you only use it occasionally.

Although most LED and LCD TVs are expected to last at least 7 years, experts believe that Samsung’s TVs will outlast the average because they are made with such high-quality parts.

Brand reputation is important, and if you’re in the market for a new television, you should know that Samsung really leads the pack in terms of well-made televisions. However, as a user, you can extend the life of your television by taking a few simple steps.

CONCLUSION: Where Are Samsung TVs Made?

As we’ve discovered, determining the exact location of your Samsung television is difficult. It could have been made in pieces all over the world, and it all depends on where you bought the TV.

But we do know that regardless of where your Samsung was manufactured, it will be extremely reliable, especially when compared to other available televisions. This dependability, however, comes at a cost. Samsung televisions are frequently slightly more expensive than comparable models.

A Samsung TV is a solid investment, and most users and experts agree that it is well worth the slightly higher price tag. So go ahead and browse all of the Samsung TVs available on Amazon to find the perfect one for your home!

Where is Samsung TVs manufactured?

Samsung televisions were developed in South Korea. They quickly became popular, with high exportation demands all over the world. It urged Samsung to establish a number of manufacturing plants in various countries. China, Russia, Mexico, Vietnam, India, Romania, Brazil, and others are among them.

Are Samsung televisions manufactured in China?

Tianjin is home to Samsung’s sole TV production facility in China. A spokesman for Samsung said on Monday that the company has decided to stop production at its only TV factory in China by the end of November, the latest in a series of moves by the South Korean company to shift production away from the world’s second-largest economy.

Samsung Electronics employs approximately 290,000 people and operates assembly plants and sales networks in 74 countries. Foreign investors own the majority of the company. 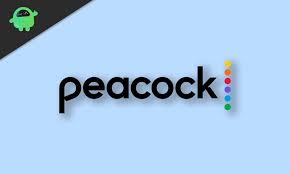 How do I activate peacock tv? Before you can use Peacock TV, a streaming service, you must first sign up for a Peacock account on your preferred device. After downloading and installing the Peacock TV app on your Samsung tv, you will be prompted to create a Peacock free trail account before you can access… 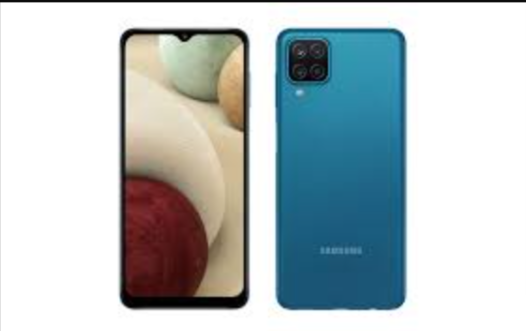 How To Screen Record On Samsung Galaxy A12? If you’re like me, you probably use your Samsung Galaxy A12 to take pictures and record videos of your favorite moments. But what if you want to create a tutorial or just share what’s on your screen with someone? Screen recording is a great way to do… 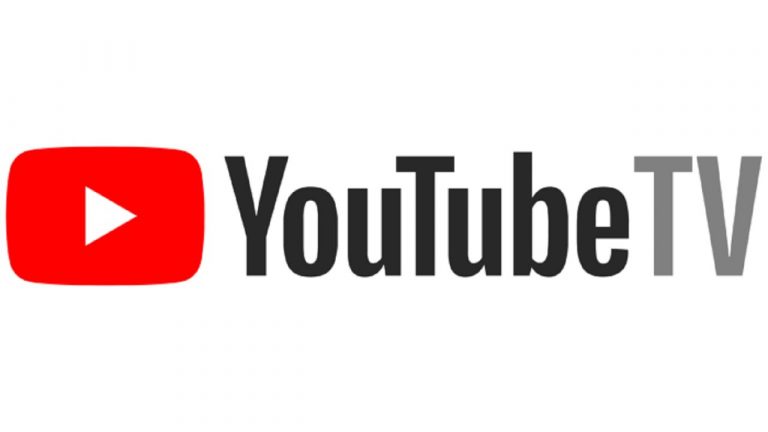 How do I access my youtube tv account? As a YouTube TV subscriber, you can watch live TV on your device at home or on the go, and you’ll never miss an episode. You may also access your account from several devices, allowing you to begin watching on one device and resume where you left…

How to connect Bluetooth headphones to Samsung smart tv? It used to be that if you wanted to watch TV without disturbing others, you had to use headphones. But now, with Samsung Smart TVs, you can listen to your favorite shows without ever having to take off your headphones! This post will show you how… 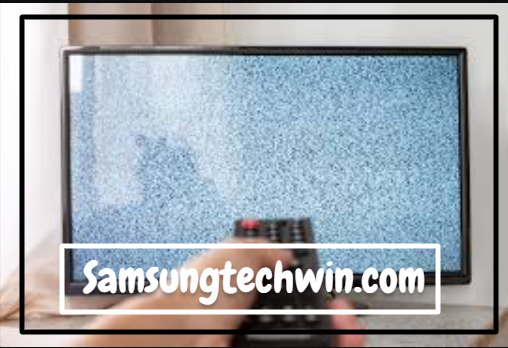 How to troubleshoot Samsung Tv Not Connecting To Wifi? You may now watch your favorite Netflix programs while performing duties around the house while keeping an eye on your surroundings, or listening to music while doing chores. Due to the fact that Samsung Smart TVs make everything easier for you by giving internet connectivity, they…

How to Control Samsung TV With IPhone as Remote? Have you ever misplaced your TV remote? Or maybe the batteries died and you don’t want to go to the store to get new ones? There is no need to be concerned! You can control your TV from your phone using the SmartThings app. Controlling the…