How to Connect Samsung Phone To Tv [ Step-by-Step Guide]

Almost all modern technology has a function known as screen mirroring, which enables users to project information from the display of one device to the display of another device.

AirPlay is the term for screen mirroring on Apple devices, which may be referred to by a variety of other names.

Despite the fact that AirPlay is an Apple feature, with the release of AirPlay 2 in 2018, it has been much simpler to link devices from other manufacturers and operating systems.

In most cases, if you have a Samsung Smart TV that was manufactured in 2018 or later, you will be able to utilize AirPlay.

In order to use AirPlay on your iPhone, you must first choose “Screen Mirroring” from the Control Center in order to mirror your whole iPhone screen; then, from inside certain applications, click the AirPlay symbol in order to cast content from your iPhone to the television.

How to Connect Airpods To Samsung TV

How To Get Disney Plus on Samsung TV

Casting vs. screen mirroring: which is better?

Likewise, as technological advancements progress, so does the language connected with those advancements.

We all use words like “screen mirroring” and “casting” on a regular basis today, and it may be very confusing.

What are all of these symbols implying?

Simply put, both services enable you to stream movies, pictures, and other information from your phone to your smart TV.

That’s all you really need to know.

But if you’re looking for a more in-depth definition, we’ve got it right here for you.

What is screen mirroring and how does it work?

The solution is right there in the name: screen mirroring.

This function allows you to mirror what is now shown on your phone’s screen to a larger screen, such as a smart TV.

Whatever is now shown on your phone will be displayed on the television, whether it is a video, a picture, or a Settings menu.

It is possible that if you do an action on your phone (for example, switching to a different app), that action will also be shown on the other screen.

Smart View is the name given to the screen mirroring function on Samsung smartphones.

You may quickly mirror your screen with Smart View by just clicking on the Smart View icon and following a few easy instructions that are provided.

The screen mirroring function for iPhones is known as AirPlay, and it does the same exact thing as on other devices – it mirrors pictures, movies, and other material.

Utilizing AirPlay is comparable to, but somewhat different from, using Smart View on a mobile device.

Whichever model you have, it’s a fantastic way to share movies, pictures, and other media from your phone directly on the screen of your smart TV.

The Advantages of Screen Sharing

It is possible to utilize screen sharing for leisure purposes at home and as a presenting tool in the workplace.

By allowing you to share pictures and videos from your mobile devices straight on your television screen you can share anything from downloaded movies and videos to music and apps to presentations and more.

While classic screen sharing relied on a connected connection (such as an MHL cable), many device makers now include solutions that enable you to screen share wirelessly with other devices.

You have the freedom to move about the room without being tied to the television.

How to Share a Screen from a Samsung Mobile Phone

The following are step-by-step steps for displaying material from the screen of your Samsung device on your television:

1. Connect a Wireless Display Receiver (such as the ScreenBeam Mini2) to an HDMI port on your television that is currently accessible.

3. To activate the screen mirroring feature on your Samsung smartphone or tablet, move your finger from the top of the screen to the bottom of the screen, where the notifications bar will appear.

5. Your device will search for Receiver devices to which it may connect and establish a connection (such as ScreenBeam Mini2). Select the Receiver from the list of available devices.

6. It is possible that you may be asked to enter a PIN, which will be shown on the television screen. In the PIN text box, type in the PIN number, and then click Connect.

7. Wait for the device to pair with and establish a connection with the Receiver before proceeding. Once it is connected, the screen of the device will be shown on the television.

How to Configure Screen Mirroring on Samsung TVs from 2018

It has never been simpler to transfer information between your mobile device and your smart TV, and you can share everything from videos and pictures to games and applications with just one click.

The Samsung SmartThings app is required in order to cast and share your screen with a Samsung TV (available for Android and iOS devices).

If you don’t already have the SmartThings app on your phone or tablet, go ahead and download and install it now.

The first time you start the app, it will automatically look for other Samsung devices; thus, search for and pick your TV from the list of available devices when you open the application.

3. Consolidate your phone and television networks into a single network.

Upon launching the app on your smartphone or tablet once it has been downloaded and installed, you will be prompted to connect to the same network as the TV.

4. Select your Samsung TV from the list and enable sharing.

Add your television to the list of connected devices in the SmartThings application.

When you turn on the television, you will be asked whether you want to share your screen. Press Yes on the remote control.

5. To share material, choose Smart View from the drop-down menu.

The Smart View feature in the app may be activated after your TV is linked to your phone, allowing you to begin mirroring content between the phone and the TV.

Recommended:  How to Drain Samsung Washer [The #1 Solution - SOLVED]

Simply navigate among the pictures, movies, and music on your phone using the on-screen menu on either the television or your smartphone to make your selection.

6. Make use of your phone as a remote control.

You will also be able to use your phone or tablet as a remote control for your television, with all of the same functions accessible via the touch screen as you would with the traditional remote.

A screen mirroring function available on Samsung smartphones running the Android Marshmallow operating system and below is known as Quick Connect.

In the case of an Android device running a more current version of the operating system, you may connect via screen mirroring, smart view, or SmartThings instead of Bluetooth.

Learn how to determine the version of Android you are currently running.

Quick Connect is capable of displaying material such as pictures, movies, and music on your television, but only if the content has been stored on your device beforehand.

Quick Connect, in contrast to existing screen mirroring technologies, will not show all that is displayed on your phone’s display screen.

Screen mirroring will only function if your TV is connected to the same Wi-Fi network as your device and screen mirroring has been enabled on your smartphone.

Follow the instructions in Connecting with screen mirroring to learn how to set up your television for connections with your computer.

1. To show your quick settings, pull down from the top of the screen.

2. Select Quick Connect or Search phone from the drop-down menu and scan for nearby devices.

4. If the option Scan for nearby devices shows on the screen, choose it.

5. Select the device to which you wish to connect.

Your device and television will now be linked, and material from your device will be able to be played on your television.

To share information, first, locate the files you want to see on your device and copy them to your computer.

Using Tap View to connect to a network

The function “Tap View” will be introduced in 2020.

Simply tap the TV with your phone, and the image will be mirrored on your screen.

Preparation of the settings should be done in advance.

Step 1: Then, on your phone, launch the mobile SmartThings application and select the Menu icon. (The three horizontal lines are an example of this.)

Step 2: Select the Settings icon from the toolbar and then click to View > Sound. To turn it on, simply tap the switch.

Step 3: Move your phone closer to the television and, when the Allow phone presence detection notification displays on your phone screen, press it to accept it.

From the beginning, only the TU7000 and higher TV models (including Lifestyle and Outdoor TV models) and Samsung Galaxy models were offered. (Android versions 8.1 and higher)

Recommended:  How to Set Up Voicemail on Samsung S20? [An Ultimate Step-by-Step Guide For You]

Tap View is only available if your SmartThings app is updated to version 1.745 or above. It is available for download through the Google Play Store and the Apple App Store, among other places.

When you begin mirroring, you must first disable power-saving mode in the Power mode menu.

Screen mirroring is a technology that allows the screen of a mobile device to be relayed to a TV screen in its current state and watched on a large screen of the TV.

It is most commonly used in conjunction with a smartphone or tablet. The SmartThings and Smart View apps allow you to connect to your Samsung Smart TV fast and conveniently, but you can also connect via a Wi-Fi or HDMI connection if you have one available.

Additionally, starting with the 2020 model, you will be able to mirror your phone by simply touching the TV. Various materials on your smartphone, such as images, movies, and applications, will be displayed on a larger screen, making you feel more amazed.

What is the best way to mirror my Samsung phone to my television?

When you’re done, swipe down from the top of the screen with two fingers to bring up the Quick settings window.

After that, swipe to the right and hit the Smart View icon.

Select your television from the list of available devices by tapping it.

The screen of your smartphone will now display on the television.

What is the best way to link my Android phone to my television?

Casting content from your device to your television is simple.

Connect your device to the same Wi-Fi network as your Android TV to make it work properly.

Open the app that contains the content that you want to cast from your computer.

Locate and select Cast from within the app.

Choose the name of your TV from the drop-down menu on your device.

When the color of Cast. changes, you have successfully connected.

What is the best way to link my Samsung phone to my TV using a USB cable?

Simply connect your cable to your phone, and then to your television to complete the process.

Change the input on your television to USB mode while the standard USB end of the connection is attached to your display.

iPhone vs Samsung Which is Better? [ANSWERED]

Have you locked your Android device or Samsung device and are now having trouble unlocking it? If so, you’re not alone. Are you looking for… Read More »How to Unlock Samsung Phone Forgot Password Without Losing Data [6 Methods]

How to Factory Reset a Samsung Phone [5 Easy Methods]

I’m sure you’ve heard of what a factory reset is. It’s the act of wiping all your data from your Samsung phone to make it… Read More »How to Factory Reset a Samsung Phone [5 Easy Methods] 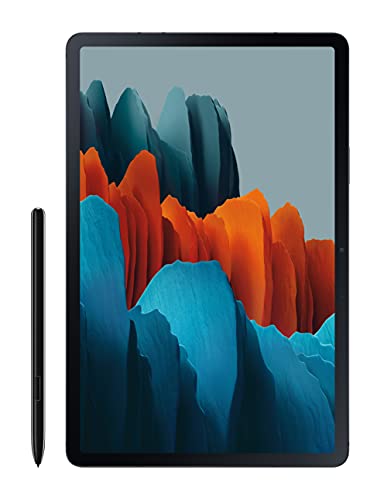