How To Find Samsung Tv Model? Finding your Samsung TV model number is important when you need to find specific information about your television.

For example, if you need to find a new remote control for your Samsung TV, the model number will be necessary to purchase the correct one.

Luckily, there are a few ways that you can locate your Samsung TV‘s model number.

In this guide, we will outline methods that should help you identify your television’s model number.

So, whether you’re looking to buy a new remote or just want to know more about your current television, read on for information on how to find your Samsung TV model number.

How To Find Samsung Tv Model In a Quick Way

In the Settings menu, you may find information about your television.

1. Navigate to the Settings menu.

3. Select About This Television from the drop-down menu.

4. A message will appear on the screen indicating the model code, serial number, and software version of your television.

How To Fix Samsung Tv Keyboard Not Working? [Full-Guide]

How to Stream Peacock On Samsung TV? (Solved!)

What Things You Can Discover When You Find Samsung Tv Model?

The Evolution of Samsung Televisions

Samsung introduced its first monochrome television in 1970, targeting the Korean market. However, until the company introduced the world’s first flat television in 1998, its televisions failed to make a significant impact on the global market. From 2008 to 2016, Samsung primarily focused on the production of LCD, DLP, Plasma, and LED televisions.

Recommended:  How to Get Peloton App on Samsung TV? [Easy Method]

What is the best way to check?

If you happen to own a Smart TV (a television set that is connected to the internet), you can begin by turning on the television set to obtain the model and a serial number of the television set. Then, select Menu > Support > Contact Samsung from the drop-down menu that appears. The Model Code, Software Version, and lastly the Serial Number may all be found under the Product Information section.

In addition, qualified Smart TVs from 2019 can be identified by pushing the Play/Pause key on the remote control continuously for more than seven seconds, which is an improvement over previous models. The Model Code will be revealed under Product Information in a pop-up screen that contains ‘About this TV’ information. If the pop-up window does not display, your 2019 Smart TV is not eligible for the promotion.

It is dependent on the television’s model. Because you are unsure of the model, here are three methods for determining whether it is present.

See whether there is anything written on the right side of your Samsung TV – many models have the serial number and the model code on them. This is the most typical site where these numbers can be found.

When you look at the back of your Samsung TV, you could notice that the number isn’t where you expect it to be. This is especially true if you have an older model. Serial numbers were formerly attached to the rear of Samsung gadgets, but the manufacturer must have understood that it is more convenient to place them somewhere more apparent in recent years.

Customer service should be contacted – The serial number and model code of some of Samsung’s most recent smart TVs were unintentionally or purposefully left out, whether by mistake or design. If you are unable to locate it, turn on your television, open the Menu, click Support, select Contact Samsung, and then follow the on-screen instructions to contact Samsung.

Hopefully, you’ve been able to determine your model number. Some of you may have been astonished to hear that it had more than ten characters in total. However, don’t be concerned, as they all make perfect sense because each one carries an important piece of information.

There is a tiny discrepancy between the numbering models used prior to 2017 and those used after 2017. Although you may be confident that your television was manufactured in 2017 or later, you should still read the rest of this section before moving on to the next. (The first ten characters of the model number provide the same information as before.)

Every Samsung TV model number begins with the letter U, which denotes the device type, i.e. U for televisions, and continues with the letter S. The second letter denotes the region for which your television is intended: E for Europe, N for the Americas, and A for Australia and Africa, for example. The number following that indicates the size of your screen in inches.

Finally, the next letter contains the information that you are most interested in – the year in which your Samsung TV was built. The following are some possibilities:

How to Locate the Model Number on a Samsung TV

There are two places where you may find out what model number your Samsung television is.

The model number of your television can be found printed on the information slip that is located on the back panel of the television.

2. On your television, go to the About TV setting.

Using the remote control on your Samsung TV, navigate to Settings > Support > About This TV, where you will find the model information under Product information.

Recommended:  How to fix ESPN App Not Working on Samsung TV? [6 Solutions]

3. An example of decoding a Samsung television with model number UN43TU8000FXZA.

U – the emblem of the company’s product (a television); each Samsung product is designated by a different letter of the alphabet. Televisions in Germany are labeled with the letter G as the initial letter.

For example, in this situation, E represents the region for which the television was released on a global scale without reference to a single country.

Europe is represented by the letter E.

N – America, Korea; in 2018, the letter Q was substituted for the letter N for Korea.

A — Australia, Oceania, Asia, Africa, and the Eastern hemisphere

In the case of Germany and Korea, Q – QLED TV stands for Quantum Dot Display.

43 is the diagonal measurement of the screen’s size in inches.

The serial number of a Samsung television can be used to determine where the television was manufactured. Alternatively, you might prefer the sticker, which is positioned behind the television.

Final Thoughts On How To Find Samsung Model

We hope you were successful in determining the model and year of your Samsung television, and, perhaps more importantly, that you had a good time while doing it.

Was it a surprise to learn that all of these specifics can be gleaned from the model number of your television? In the comments box below, please feel free to express yourself on any topic you like.

FAQs On How To Find Samsung Tv Model

What do the model numbers on Samsung televisions actually mean?

Among other things, the codes used in the model number indicate the series with the year it was created, the type of backlighting (LED, QLED, lamps, etc.), the screen resolution (HD, UHD, 8K, etc.), design revisions of the same item, and so on.

What is the best way to tell what year my Samsung TV is?

See whether there is anything written on the right side of your Samsung TV – many models have the serial number and the model code on them. This is the most typical site where these numbers can be found. When you look at the back of your Samsung TV, you could notice that the number isn’t where you expect it to be. This is especially true if you have an older model.

How long do Samsung televisions last on average?

A Samsung TV can survive between 4 and 7 years if it is used constantly, at its highest brightness, and is almost always turned on, according to the manufacturer. It has the potential to endure much longer if properly cared for. 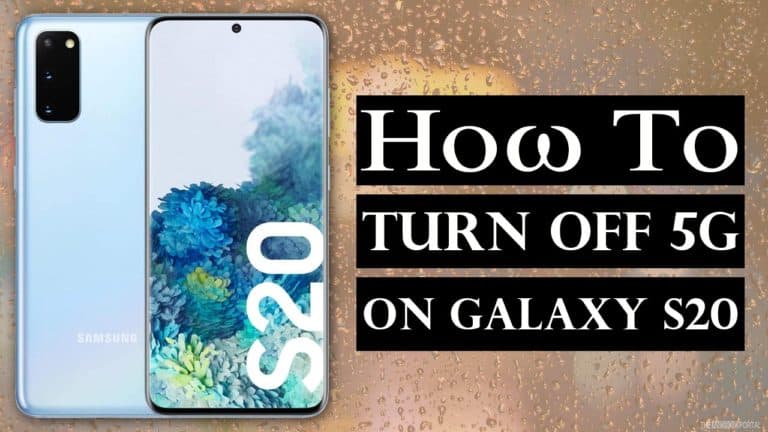 You’ve just bought your new Samsung s20 But the problem is you don’t know how to turn on 5g on Samsung s20? Samsung just released the new s20 and it’s got a lot of people excited. One of the newest features of the phone is 5g, but a lot of people are wondering how to… 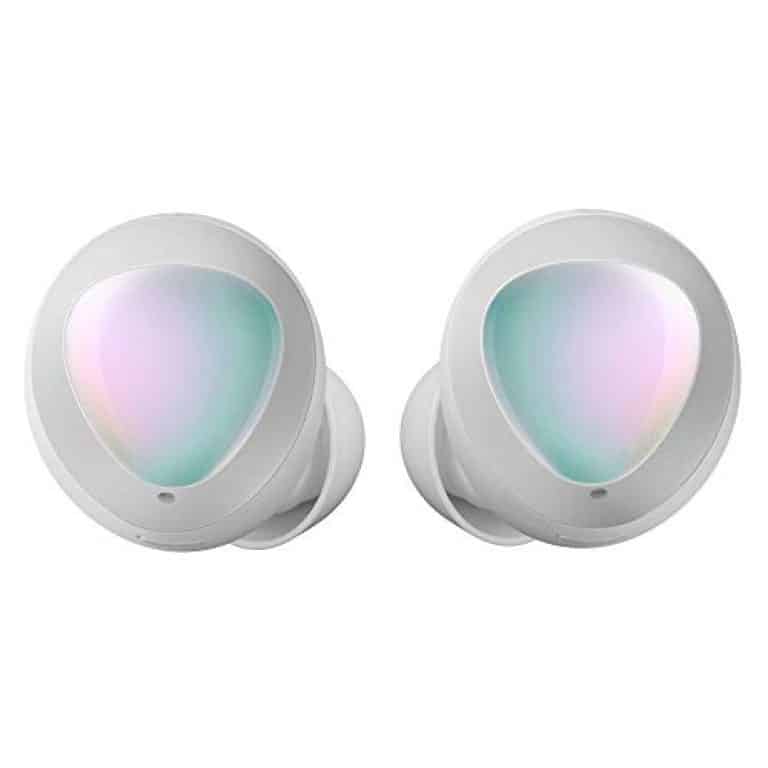 The AKG-tuned speakers in the Samsung Galaxy Buds produce well-balanced sound with a wide dynamic range and exceptional precision.   Bluetooth connectivity with your Android/iOS tablets and Samsung galaxy mobile phone is is all that is required to begin using them.   There are three different tip and wingtip sizes to pick from, ensuring that… 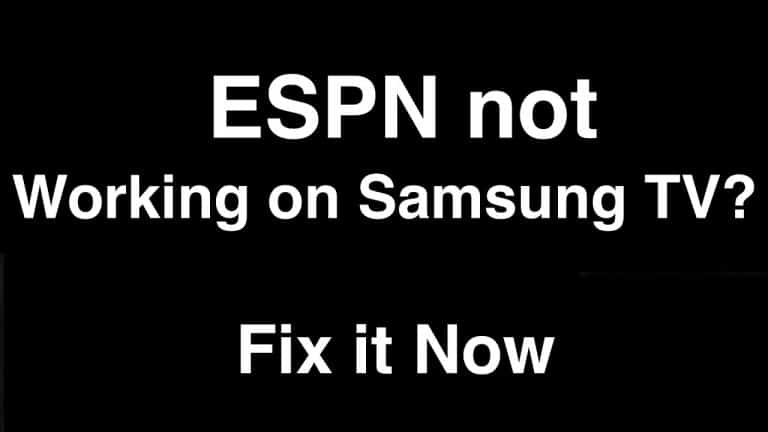 Are you one of the many people that were excited to watch the World Cup games on your Samsung TV, using the ESPN app? If so, you may have been disappointed when you found out that the app wasn’t working. Don’t worry – you’re not alone. Many people are reporting that they can’t get the… 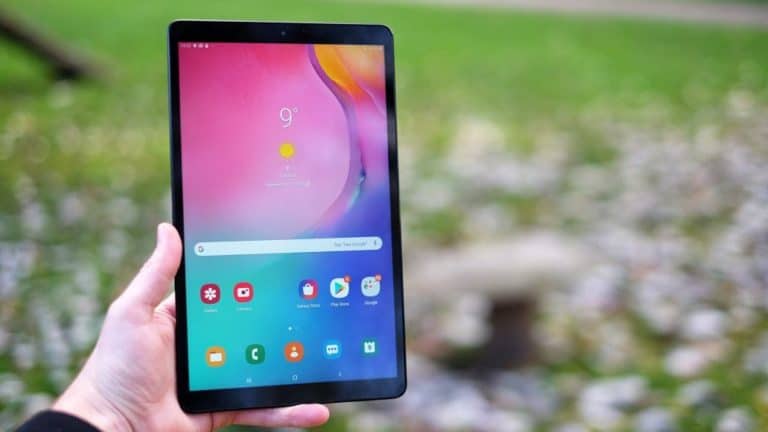 We at Samsung Techwin understand how frustrating it can be to have a slow computer or tablet. Simple tasks like switching between apps or swiping through photos become frustrating and unappealing. Your tablet may slow down over time, but this does not necessitate the purchase of a new one. Tablets aren’t used as frequently as… 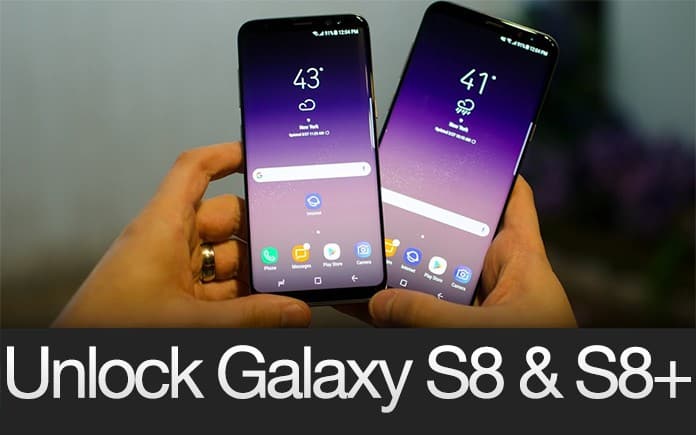 It is difficult to find fault with the Samsung Galaxy S8 and Galaxy S8+ smartphones. In the opinion of some, the two devices are among the best smartphones ever built. However, others disagree. It’s possible that the only issue you have with your device is that you purchased it from your service provider in order…