Are Samsung And Android The Same Thing? The smartphone world can be perplexing. We’re here to help if you’re not sure what the difference between a Samsung and an Android phone is.

It’s easy to become perplexed when it comes to purchasing a new smartphone. There are numerous smartphones available, each with its own operating system, manufacturer, variant, and specifications.

How are you supposed to know what’s what if you don’t keep up with technology?

One common source of misunderstanding is the distinction between Samsung and Android.

People frequently inquire whether Samsung phones and Android phones are the same.

Yes, in a way, but the answer is more complicated than that. In this article, we’ll explain the distinction between Samsung and Android devices.

Are Samsung And Android The Same Thing?

The Android operating system, a mobile operating system created by Google, is used by all Samsung smartphones and tablets. Every year, Android receives a significant update that brings new features and enhancements to all compatible devices.

How to Reset a Samsung Phone That is Locked? [8 Methods]

How to Unlock Samsung Phone Forgot Password Without Losing Data

Smartphones, like desktop and laptop computers, can run a variety of operating systems. Apple’s iPhone, for example, is entirely based on iOS. These are the two main smartphone operating systems, along with Android.

However, other smartphone operating systems exist, some of which are no longer developed. Windows Mobile, BlackBerry OS, and Tizen are a few examples.

Android does not make smartphones. Instead, manufacturers power their phones with the Android operating system. Along with this, they frequently integrate Google Mobile Services (GMS), which provides Google-licensed interfaces and applications such as Google Search and Google Chrome.

However, Android and GMS are not inextricably linked; a phone can run Android while using proprietary interfaces and applications.

Recommended:  How Do I Fix My Samsung Unresponsive Touch Screen? [Step-by-Step Guide]

Although Google owns and develops Android, the system is free and open-source, allowing other developers to adapt it. More on that later.

WHAT’S THE DIFFERENCE BETWEEN ANDROID AND SAMSUNG?

We now know that Android is an operating system. What role does Samsung play in this? Samsung is a multinational Samsung electronics company that manufactures products such as monitors, smart home appliances, and televisions. It also produces and sells smartphones.

Here’s your guide in choosing between Samsung and android!

ARE ALL ANDROID PHONES THE SAME?

Samsung is only one manufacturer that makes use of Android and Samsung Smartphone. Sony, Motorola, LG, OnePlus, and Huawei are among the others. However, just because all of these manufacturers use Android on their phones does not mean that the experience is the same.

However, manufacturers will frequently create their own versions of Android. These can range from minor reskins (focusing on aesthetics) to more substantial functional changes.

In the case of Samsung, it has a software overlay known as One UI (formerly called Samsung Experience and TouchWiz). Simply put, One UI overlays Android to modify the system’s design and add features to your android app.

One UI, which uses Google Mobile Services, is regarded as one of the best Android interfaces. Many of Samsung’s software innovations, in fact, have been incorporated into the core Android experience samsung pay.

DO SAMSUNG PHONES EVOLVE WITH ANDROID?

Android is a constantly changing operating system of your samsung pay. Every year, a new version is released. Android used to name its versions after sweet treats (Nougat, Oreo, Pie), but it now uses numerical naming, such as Android 11 and Android 12.

As Android evolves, so does Samsung’s One UI; for each major Android upgrade, a new main version of One UI is released, but One UI does release minor updates within that cycle.

Your Samsung phone will not continue to receive Android and One UI updates indefinitely. Samsung typically provides major updates to its devices for a few years after they are released. After that, your phone will only receive critical security updates, which will eventually stop google pixel.

Furthermore, you will not receive these updates at the same time as everyone else. It is determined by your location and phone carrier like Samsung android.

You should now recognize the distinction between Android and Samsung. To summarize:

So, should you buy an Android-powered Samsung phone? That is a matter of personal preference, but there is a reason why Samsung sells the vast majority of Android phones. According to Statcounter, Samsung will have a 26.93 percent share of the smartphone market in 2021, trailing only Apple on your Galaxy note.

There are Samsung phones for every budget; if you can afford it, go for the Galaxy S line to get the best hardware, though the Galaxy A line is also good.

However, you may decide that, while you enjoy Android, One UI is not for you. In that case, you should investigate other manufacturers. Google’s Pixel, with its stock Android experience, could be for you.

Alternatively, ditch Android entirely in favor of an iPhone-Apple develops both hardware and software with the same high quality you’d expect from the company of any galaxy store.

CONCLUSION ON DIFFERENCES ANDROID AND SAMSUNG

The Galaxy S series debuted in 2010, with the first phone selling over 20 million units. Despite a hiccup at the halfway point, Samsung has pulled the brand back and is never afraid to innovate. Its phones have had curved screens, biometric authentication, and wireless charging.

When it comes time to buy a new phone, you’ll be armed with the knowledge to help you decide which one is best for you. Who knows, it could be a Samsung phone running Android.

FAQS ABOUT SAMSUNG AND ANDROID

Are there any Samsung phones that run on something other than Android?

In a nutshell, no. There are non-smartphone Samsung mobile devices that do not have Android, but all of its major smartphones will have Android as the platform. If the phone’s name includes the word “Galaxy,” it is guaranteed to run on Android.

How long does Samsung offer Android updates for its phones?

Samsung recently updated its overall policy for Android updates. Most higher-end Samsung phones, as well as some mid-range models, will receive three years of Android updates in the future. That means that if you buy a phone with Android 11, you should expect Android 12, Android 13, and even Android 14 before Samsung stops updating it. This is not a hard and fast rule, and Samsung may change its mind.

Is Samsung and Android the same thing?

The Android operating system, designed by Google, is used by all Samsung smartphones and tablets. Once a year, Android receives a major update that brings new features and improvements to all compatible devices.

Is the Samsung phone an Android device?

Samsung Galaxy devices run Google’s Android operating system, with a custom user interface known as One UI (with previous versions being known as Samsung Experience and TouchWiz). The Galaxy TabPro S, on the other hand, is the first Galaxy-branded Windows 10 device to be announced at CES 2016. 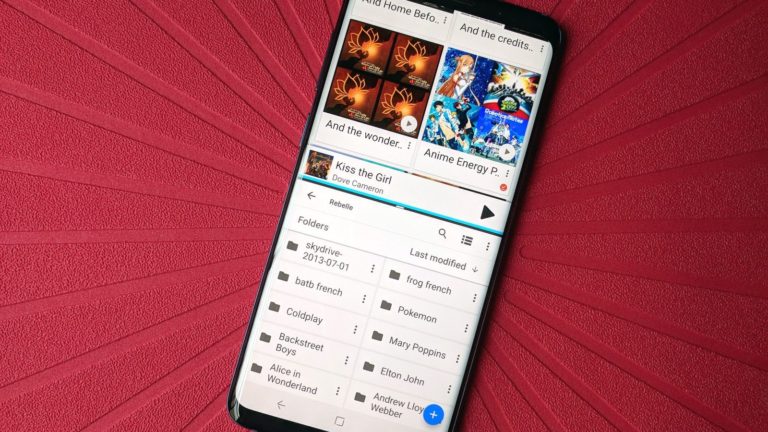 Two apps are preferable to one, and using Split Screen View or Multi Window is preferable to constantly switching between apps. This feature allows you to switch between apps, change the size of the display, and copy information from one app to the other. The latest iteration of Samsung’s software overlay for the Android operating… 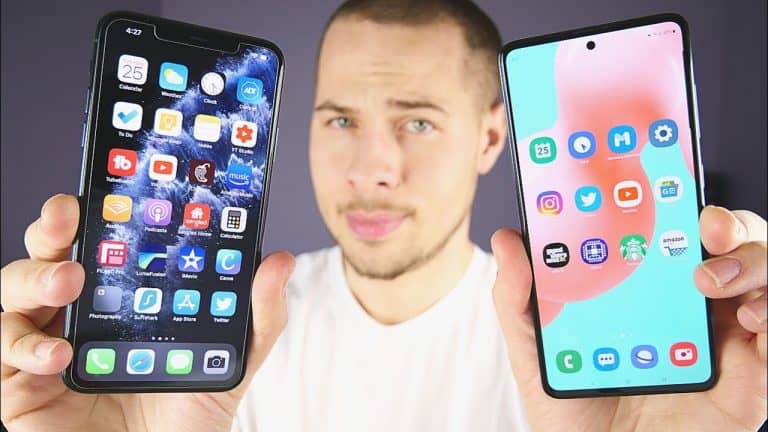 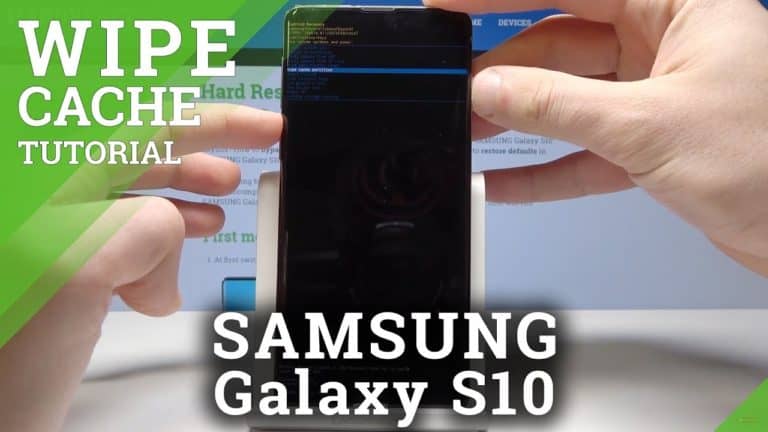 It is important to understand that your cache is a temporary data storage place for information that your device may need in the future. As an example, if you visit a web page, the cache may save a copy of the information on the website so that it can load more quickly the next time… 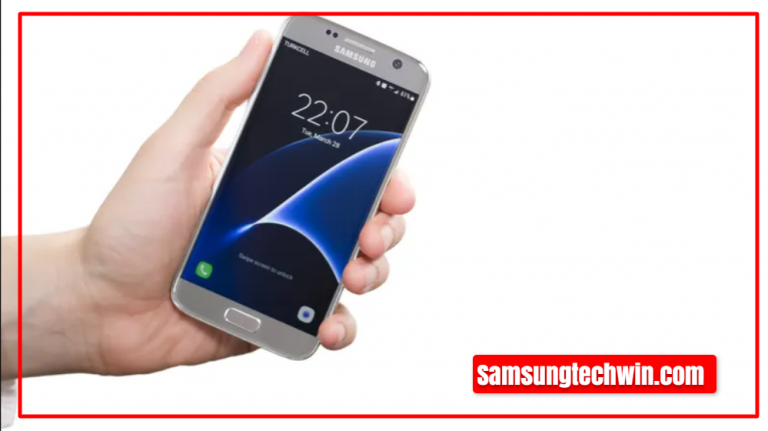 How Do I Get My Computer To Recognize My Samsung Phone? Are you one of those people who can’t live without your smartphone? Do you feel lost when you’re away from your phone for more than a few minutes? If so, then this blog post is for you. In today’s world, it seems like everyone… 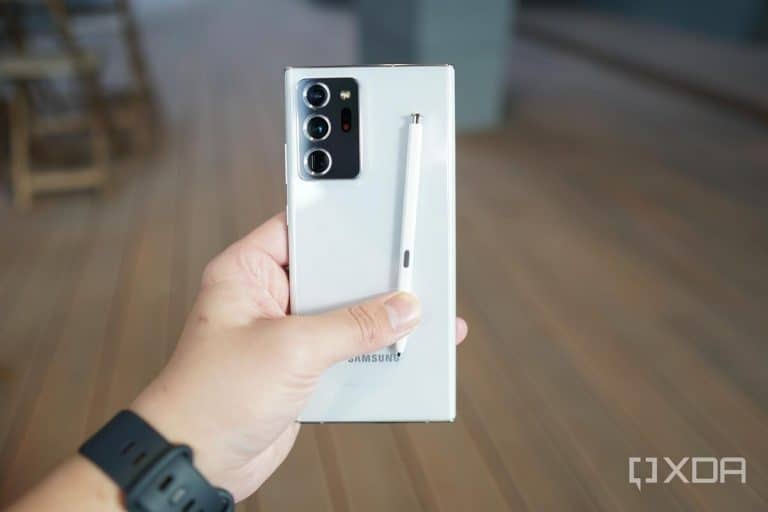 It’s been a few years since the release of the Samsung Galaxy Note, but it seems that Samsung is finally getting ready to launch its newest and most anticipated smartphone Samsung device yet. The device will be known as the “Galaxy Note 21” and will come with all-new features such as an improved camera, better…